Lhyfe has launched what it claims is the world’s first offshore green hydrogen site in Saint-Nazaire, France. 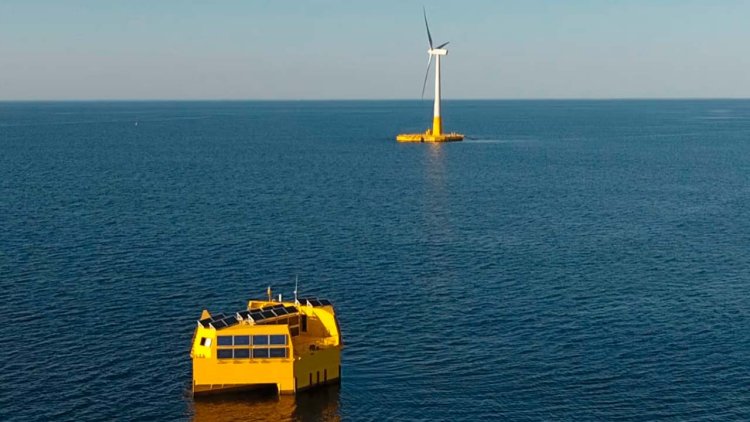 Lhyfe – which inaugurated the world’s first site for the production of hydrogen from onshore wind turbines in September 2021 and which is currently preparing to deploy its solutions Europe-wide – is convinced of the central role offshore has to play in the massification of renewable green hydrogen production.

Through this pilot site, Lhyfe will produce the first kilograms of renewable green hydrogen at quay and then at sea, operating automatically, in the most extreme conditions.

The Sealhyfe platform must meet several major challenges, including:

To achieve this goal, Lhyfe relied on the facilities of the offshore testing site, SEM-REV, operated by Centrale Nantes.

The electrolyser was supplied and optimized for these exceptional operating conditions by Plug Power, one of the market leaders that is strongly engaged in the offshore route. Together, Plug and Lhyfe have developed the first electrolyser capable of operating on a floating platform. 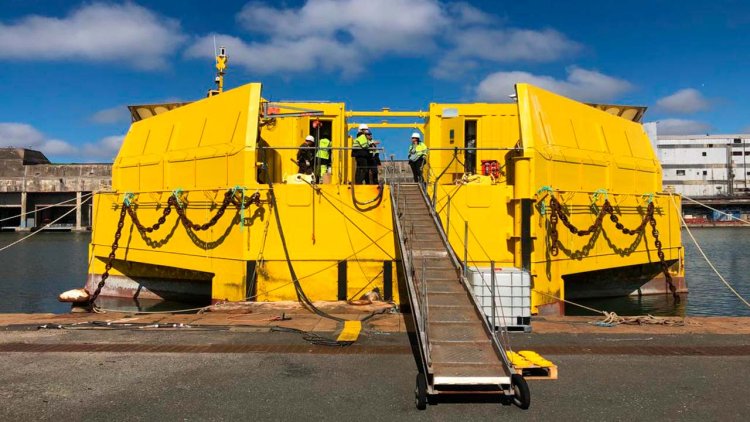 The project also benefited from the expertise of French offshore and marine renewable energy players:

A first six-month trial phase is being started at quay, in the port of Saint-Nazaire, to obtain initial reference measurements and test all of the systems (desalination and cooling systems, stack behaviour, remote control, energy management, resistance to environmental conditions, etc.).

At the end of this first stage, Sealhyfe will spend a period of 12 months off the Atlantic coast. It will be installed less than a kilometre from the floating wind turbine, fixed to the ground by a system of anchors and connected to the site’s underwater hub using an umbilical designed and dedicated for this application (energy and data transfer).

At the end of this trial, Lhyfe will have a substantial volume of data, which should allow it to design mature offshore production systems, and to deploy robust and proven technologies on a large scale, in keeping with the EU’s objective to produce 10 million tonnes a year of renewable hydrogen by 2030.

Sealhyfe has the capacity to produce up to 400 kg of renewable green hydrogen a day, equivalent to 1MW of power.

By 2030-2035, offshore could represent an additional installed capacity of around 3 GW for Lhyfe.

Sealhyfe has had support from the French energy and environment agency ADEME and the Pays de la Loire Region.

Ørsted to develop one of the world’s largest renewable...