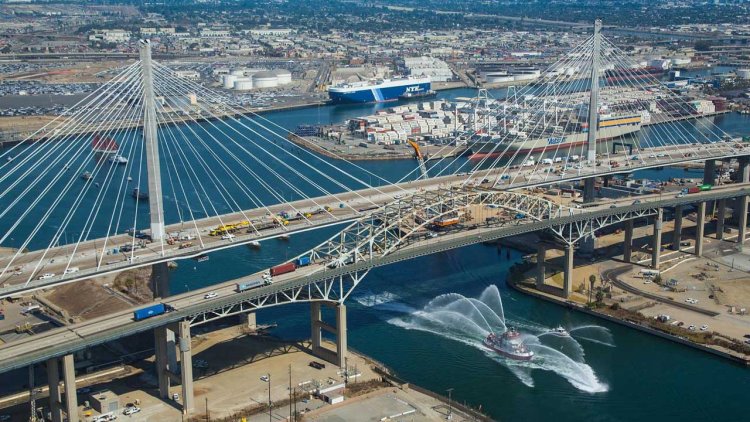 The Chief of Engineers of the U.S. Army Corps of Engineers, Lt. Gen. Scott A. Spellmon has signed the Port of Long Beach Deep Draft Navigation Study.

“The deepening and widening of these channels is of vital importance to the nation’s economy. Keep in mind, we are the nation’s second-busiest port by container volume. Increasing the efficiency and speed that cargo is handled here has benefits to the whole supply chain reaching far beyond Southern California.”

“This study took a lot of hard work and dedication, and we thank the Army Corps of Engineers and all of the stakeholders who participated. These projects would help move cargo faster and save transportation costs. We look forward to working with our federal partners to make them a reality.”

U.S. Rep. Alan Lowenthal, who represents the area including the port, said:

“This is an absolutely critical project for the port and for our supply chain system. The expansion of the navigation channels at the port will allow larger vessels to maneuver safely in the port and berth in areas previously unavailable. More berthing space means more efficient and quicker loading and unloading of cargo, thus increasing the capacity and efficiency of supply chains overall. This project will not just help the port, not just our communities by reducing emissions, not just our environment – but businesses and communities at every point along the supply chain system. I will work in Congress to make sure that the Deep Draft Navigation project moves forward without delay.”

Among other features, the study recommends deepening the Approach Channel from 76 feet to 80 feet, constructing an approach channel to Pier J South to a depth of 55 feet, deepening portions of the West Basin from 50 feet to 55 feet, and performing structural improvements to breakwaters at Pier J to allow for depths of 55 feet. The study can be found here.

Peel Ports invests in new STS container cranes for the...