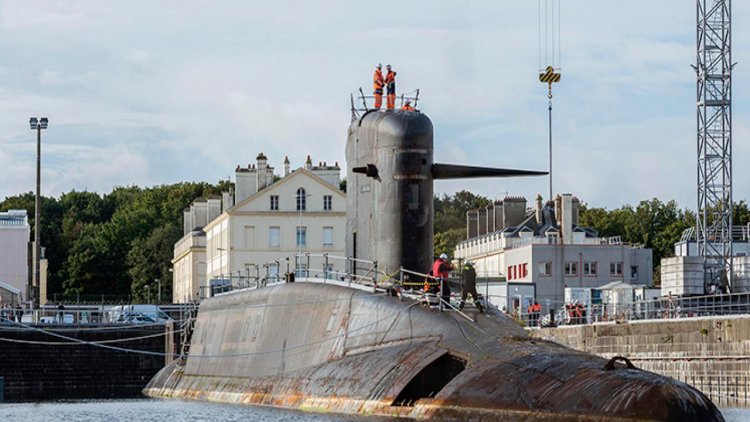 The deconstruction program for France's former nuclear-powered ballistic missile submarines (ex-SSBNs) which was launched in September 2018 at the Naval Group site in Cherbourg passed a new milestone on Thursday, September 9, 2021.

After Le Tonnant and L'Indomptable, a third hull named Le Foudroyant entered into pool 5. The contract to deconstruct the hulls of these previously dismantled ex-SSBNs (of the Le Redoutable type) was notified by the French procurement agency to Naval Group on 24 October 2016.

A little more than 47 years after its entry into active service in the French Navy (in June 1974) and 23 years after its withdrawal from active service (in April 1998), the time has come for the deconstruction of Le Foudroyant, the third in the series of the first generation of French SSBNs which were all assembled in Cherbourg.  The 120-metre long and 6,000-ton hull entered dock 5 at the Naval Group site in Cherbourg on Thursday 9 September in order to be completely dismantled.

"As a pioneer in naval submarine technologies, Naval Group has mastered the entire life cycle of SSBNs: design, production, maintenance/upgrades, dismantling and deconstruction. Thanks to this strong expertise, Naval Group is proud to be pursuing a program that is completely new in France, together with its partners and on behalf of its customer, the French procurement agency."

About 60 people are mobilised on the deconstruction site: production, project management, steering and general organization. Veolia and NEOM (a subsidiary of Vinci Construction France) are the two main partner companies of Naval Group, which is the sole project manager for the entire operation.

Le Tonnant, first ex-SSBN of the program, was deconstructed between September 2018 and February 2020 and was followed by L'Indomptable between March 2020 and August 2021. The three remaining ex-SSBNs will be deconstructed one after the other until 2026, the end date of the program.

Seizure of Ukrainian ships by Russia: this case came to...

JFD Australia will continue to supply its submarine rescue...