The scientists say that enriching waters with particular species of bacteria could be a natural way to remove plastic pollution from the environment. 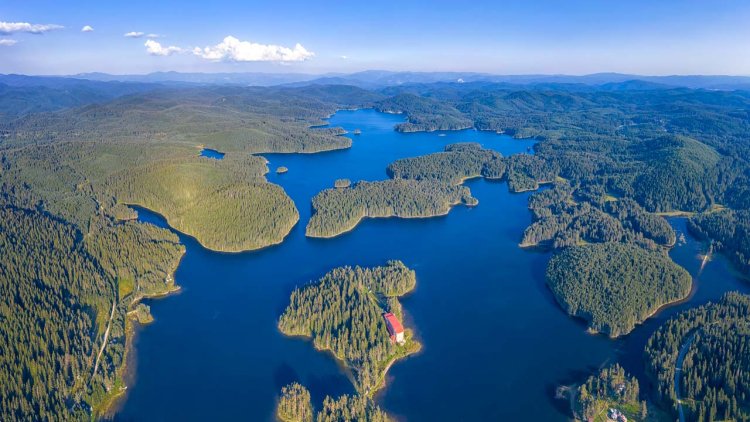 A study of 29 European lakes has found that some naturally-occurring lake bacteria grow faster and more efficiently on the remains of plastic bags than on natural matter like leaves and twigs.

The bacteria break down the carbon compounds in plastic to use as food for their growth.

The scientists say that enriching waters with particular species of bacteria could be a natural way to remove plastic pollution from the environment.

The effect is pronounced: the rate of bacterial growth more than doubled when plastic pollution raised the overall carbon level in lake water by just 4%.

The results suggest that the plastic pollution in lakes is 'priming' the bacteria for rapid growth— the bacteria are not only breaking down the plastic but are then more able to break down other natural carbon compounds in the lake.

The scientists caution that this does not condone ongoing plastic pollution. Some of the compounds within plastics can have toxic effects on the environment, particularly at high concentrations. 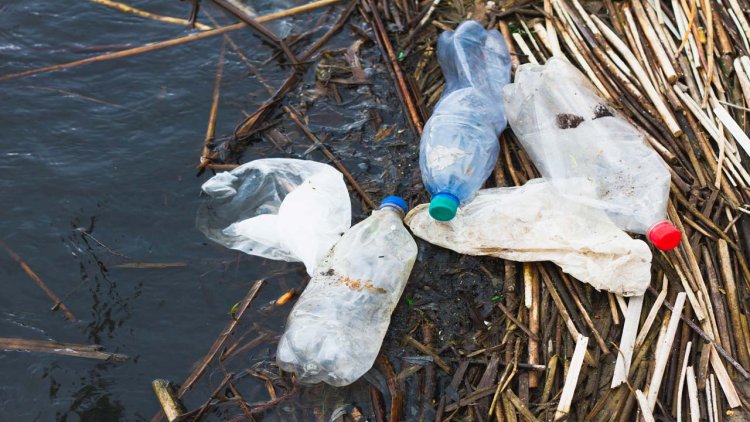 The findings are published in the journal Nature Communications.

Dr. Andrew Tanentzap in the University of Cambridge's Department of Plant Sciences, senior author of the paper, said:

"It's almost like the plastic pollution is getting the bacteria's appetite going. The bacteria use the plastic as food first, because it's easy to break down, and then they're more able to break down some of the more difficult food—the natural organic matter in the lake. This suggests that plastic pollution is stimulating the whole food web in lakes, because more bacteria means more food for the bigger organisms like ducks and fish."

The effect varied depending on the diversity of bacterial species present in the lake water—lakes with more different species were better at breaking down plastic pollution.

A study published by the authors last year found that European lakes are potential hotspots of microplastic pollution.

The carbon compounds from plastics were shown to be derived from additives unique to plastic products, including adhesives and softeners.

The new study also found that bacteria removed more plastic pollution in lakes that had fewer unique natural carbon compounds. This is because the bacteria in the lake water had fewer other food sources. 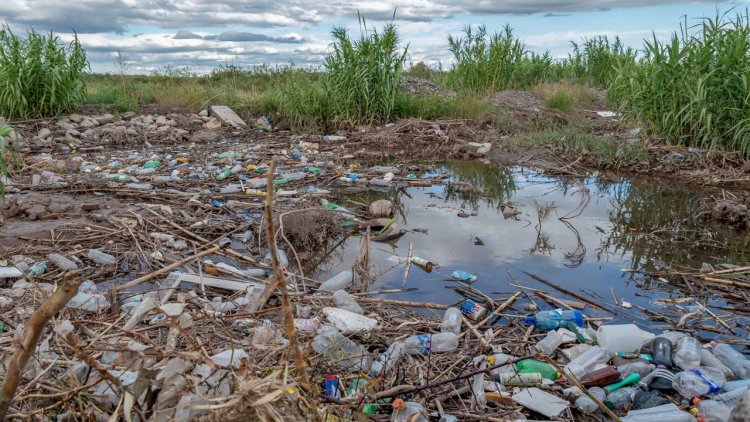 The results will help to prioritize lakes where pollution control is most urgent. If a lake has a lot of plastic pollution, but low bacterial diversity and a lot of different natural organic compounds, then its ecosystem will be more vulnerable to damage.

Professor David Aldridge in the University of Cambridge's Department of Zoology, who was involved in the study, said:

"Unfortunately, plastics will pollute our environment for decades. On the positive side, our study helps to identify microbes that could be harnessed to help break down plastic waste and better manage environmental pollution."

The study involved sampling 29 lakes across Scandinavia between August and September 2019. To assess a range of conditions, these lakes differed in latitude, depth, area, average surface temperature and diversity of dissolved carbon-based molecules.

The scientists cut up plastic bags from four major UK shopping chains, and shook these in water until their carbon compounds were released.

At each lake, glass bottles were filled with lake water. A small amount of the 'plastic water' was added to half of these, to represent the amount of carbon leached from plastics into the environment, and the same amount of distilled water was added to the others. After 72 hours in the dark, bacterial activity was measured in each of the bottles. 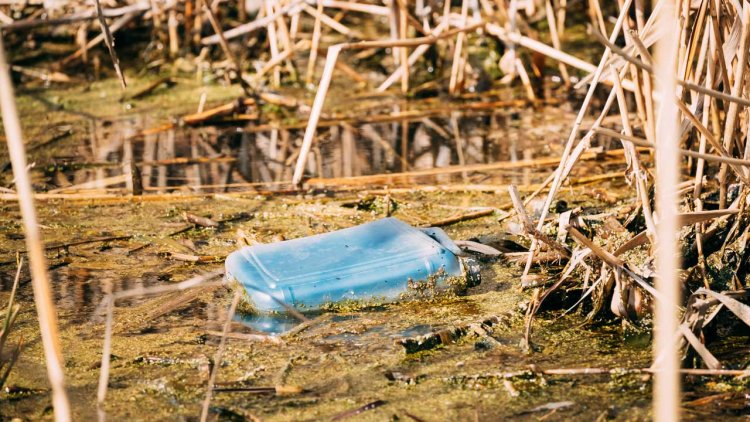 In the water with plastic-derived carbon compounds, the bacteria had doubled in mass very efficiently. Around 50% of this carbon was incorporated into the bacteria in 72 hours.

Eleanor Sheridan in the University of Cambridge's Department of Plant Sciences, first author of the study who undertook the work as part of a final-year undergraduate project, said:

"Our study shows that when carrier bags enter lakes and rivers they can have dramatic and unexpected impacts on the entire ecosystem. Hopefully our results will encourage people to be even more careful about how they dispose of plastic waste."

Artificial intelligence could be used to accurately predict...

Biologists devise new way to assess carbon in the ocean

The Messina Strait: the area with the largest marine litter...