Scientists are developing an app that tells park rangers on the Galapagos Islands where they can clean up plastic every day. 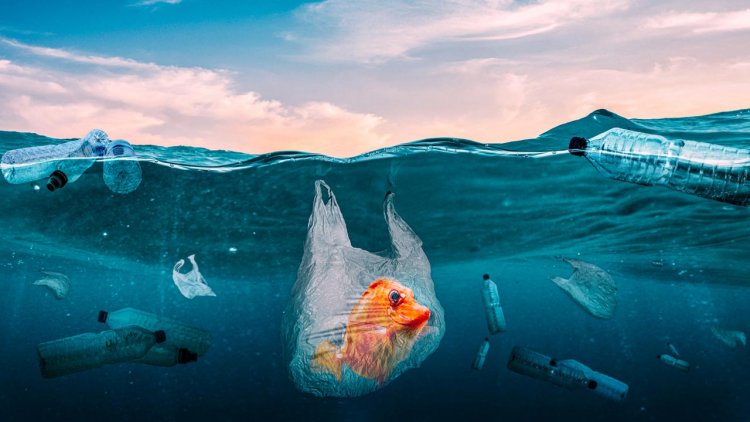 Physicists Stefanie Ypma and Erik van Sebille (Institute for Marine and Atmospheric research Utrecht, IMAU) use drifters, or ‘floating sensors’, to create a model of the complicated ocean currents in and around the archipelago. The first batch of drifters was put to sea from a boat this week. The location of the drifters can be followed live on an interactive map external link. The project is part of the Plastic Pollution Free Galapagos  external link collaboration with the Galapagos Conservation Trust and partners.

“We’d originally planned on travelling to the Galapagos Islands to deploy the drifters last autumn. But we couldn’t go to the islands ourselves because of the pandemic. It turned out to be much more complicated than we’d imagined to arrange for the drifters to end up in the right place. I spent weeks sending e-mails and making telephone calls.”

After months of administrative detours, the time has finally come to put the drifters out to sea.

“This is a really important moment for the project: now we can actually start collecting data. It’s a bit of a pity that we can’t be there in person, but fortunately we’re getting help from Inti Keith from the Charles Darwin Foundation, who is on location on the islands. She’s making sure the drifters end up in the sea. I’ve drawn up a map of the most suitable locations for releasing the drifters, so it’s just a matter of turning on the drifter and throwing it overboard. Preferably in pairs, because it’s interesting to see how far away from each other the two drifters end up. That distance is an important ingredient in our model.”

The drifters can be followed in real-time via an interactive map  external link.

“We can configure each drifter remotely to tell it how often to save its GPS location and how often it should send the data to the satellite. The more GPS measurements, the more accurate the map. But that also runs down the battery faster. So we’re looking for a good balance. The drifters don’t have a large battery, because they have to be fairly small and lightweight. The more they look like ‘real’ ocean plastic, the better it is for our model.”

The drifters are the size of a small stack of breakfast plates, about 20 centimetres across and 5 centimetres thick, and weigh half a kilo each. The drifters’ GPS locations are automatically entered into a machine learning model that ‘learns’ how the ocean currents move in and around the archipelago. 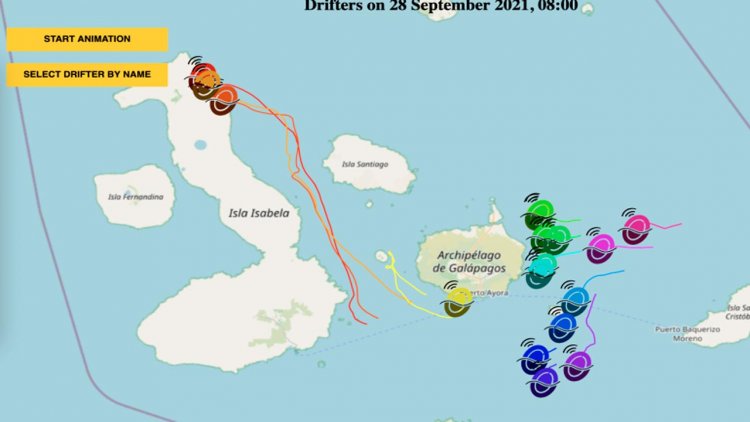 As the model begins collecting data, the researchers are already working on expanding it with other factors that are important to accurately predict where the most plastic will wash ashore, such as the direction and speed of the wind and tides.

“If we want to give the park rangers good advice on picking up plastic, then there are even more things we need to take into consideration. Like all sorts of characteristics of the coastal areas. The islands have many different types of coastlines, from beaches and mangroves to rocky cliffs. And some of them are more easily accessible than others. The plastic has a larger environmental impact in some places, so it’s more urgent that they be cleaned up quickly. But there are other areas where cleanup activities would disturb the local fauna, so we don’t want to send the park rangers there as often.”

“We’re actually approaching it the same way we often do when developing software: first we create the basics, and then we add extra features as we go along. We also collaborate a lot with students who can add a new feature to the model as a graduation project.”

Other items on the wish list include more drifters and research during other seasons. The research budget and the U-fonds crowdfunding campaign  external linkallowed the researchers to purchase 50 drifters.

“We’re extremely pleased with that. But the more drifters there are, the more accurate our model becomes. And we know that the seasons also affect the ocean currents. So I hope that we’ll be able to release another batch of drifters in a year and a half, in order to continue refining our model.”

New technique can show links between prey and microplastics