The results provide insights into the temporal variability of sinking microplastics and thus a first approach to understanding their fate in the ocean. 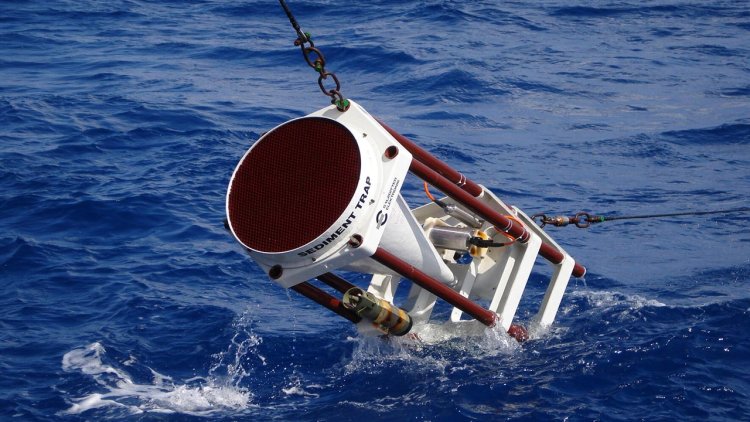 For the first time, scientists from the Leibniz Institute for Baltic Sea Research Warnemünde (IOW) analyzed a long-term sample series on microplastic pollution in the Northeast Atlantic from 2000 m water depth with respect to number, size, mass, material and possible origin of the particles.

Samples were collected between 2003–2015 in the Madeira Basin by a sediment trap. Plastic type and particle amount varied widely, but accounted for up to 8% of total particle flux. The most common plastic materials were polyethylene and PVC. The results provide insights into the temporal variability of sinking microplastics and thus a first approach to understanding their fate in the ocean.

Few anthropogenic environmental pollutants—both on land and in water—are as widespread as microplastics. And although there is evidence of microplastics in almost every ecosystem—even if it is as remote as the Arctic or deep-sea sediments—major knowledge gaps exist about their origin, fate and temporal variability. This is especially the case for the oceans.

Janika Reineccius of the IOW, lead author of the recently published study on long-term observation of microplastic pollution in deep water layers of the open Northeast Atlantic, says:

"Yet microplastics are dangerous to the marine environment in many ways. Microplastics can adsorb certain toxins and transport them over long distances, both horizontally and vertically. A wide variety of organisms ingest such 'poisoned' particles, which, on top of that, can significantly limit the intake of nutritious food."

"Moreover, not all microplastics are the same. To reach a better understanding of how fast and how much microplastic sinks through the water column into the ocean depths, we need to study not only particle size, but also what material the particles are made of. There is an enormous range of chemical and physical properties that influence both, sinking behavior and particle life time. This, in turn, decisively influences the residence time in the water column and thus the availability to the affected fauna."

For more than 20 years, she has been in charge of the Azores Observatory Kiel 276, which is anchored in the middle of the Northeast Atlantic about halfway between the Azores and Madeira Island. In addition to numerous instruments, which measure a wide range of chemical and physical oceanographic parameters, also sediment traps are attached to the 5.2 km long mooring line to collect sinking particles at different depths. 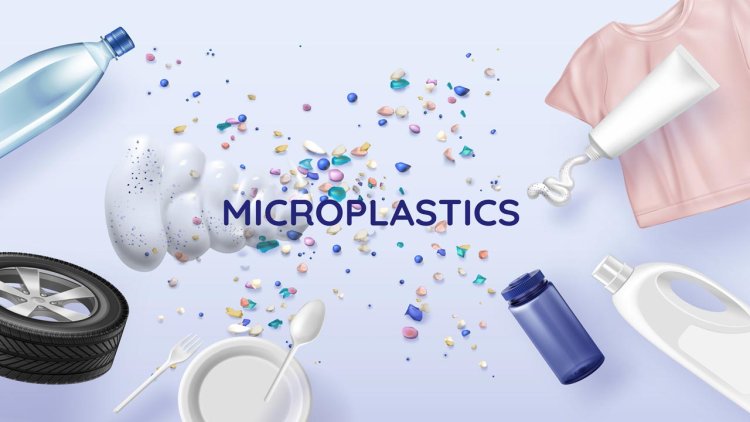 In the present study, the two IOW researchers for the first time analyzed a time series of sediment trap material from 2000 m water depth, which was collected by Kiel 276 between 2003 and 2015. Microplastics were detected in every one of the 110 samples examined. Amount, plastic type and vertical transport rates varied considerably: between 1 and about 3000 plastic particles sink into the Atlantic deep sea per day and m², which corresponds to a mass of 0.0001 to almost 2 mg per day and m².

"Extrapolated to the entire Atlantic, this equates to an input of about 5.4 million tons per year. The maximum amount of microplastics can account for up to 8% of the total sinking material."

The two scientists found mainly very small particles, predominantly smaller than 0.1 mm. Using Raman spectroscopy, they detected the following types of plastic: polyethylene, polyvinyl chloride (PVC), polypropylene, polystyrene, polyethylene terephthalate (PET), Plexiglas, polyamide, Teflon and copolymers of polyethylene and polypropylene. Between sampling years, the composition of polymers changed considerably, but polyethylene always dominated (a good 70% of the amount from all samples) and PVC (about 20% of the total amount) was the second most common; all other polymers occurred only in extremely small amounts.

The amount of polyethylene particles clearly correlated with the increased occurrence of tiny lithogenic particles. Due to their content of special rare earths, the researchers assume that the particles—rock dust and plastic—were transported via the atmosphere from northeast Africa and the surrounding regions. No corresponding correlation could be established for PVC, the second most common polymer. Instead, a seasonal dependency with high inputs in winter and significantly lower quantities in summer was found. This might be due to seasonal factors such as the stratification of the water column, winds, currents or precipitation, the authors say.

"To identify more patterns and understand processes more clearly, the long-term sampling definitely needs to be continued. And actually, we also need more long term sampling stations. Our analysis is the first study worldwide to show a time series of marine microplastic pollution and thus is a very important first step to understand the origin and transport pathways of different microplastics into the depths of the open ocean."

IMO report on GHG finds a decoupling between trade and...

Innovative science approach is a game-changer for global...

Norway has been given a floating ocean laboratory 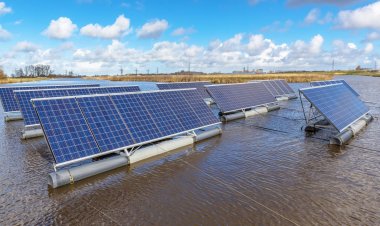 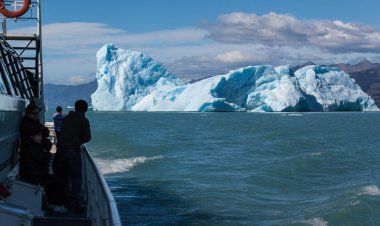 Whilst scientists have a good understanding of how the West Antarctic Ice Sheet... 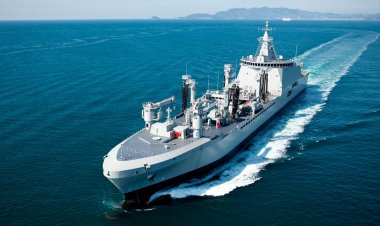 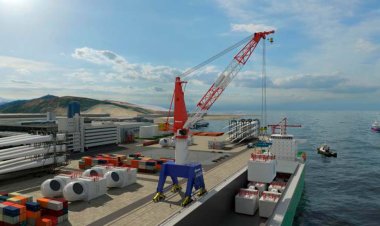 Huisman has developed a 700mt Travelling Quayside Crane for the load-out of offshore... 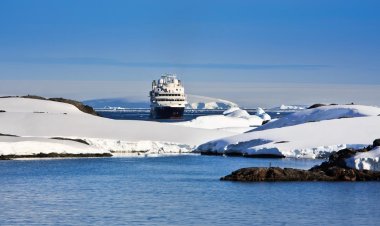 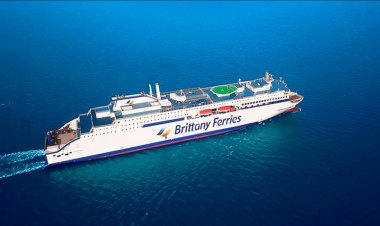 The SPECS super-wide cameras will give the crew a 360° view, from the edge of the... 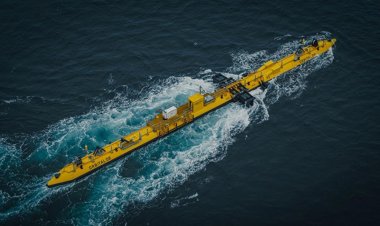 Planning permission has been granted for the onshore elements of a ground-breaking... 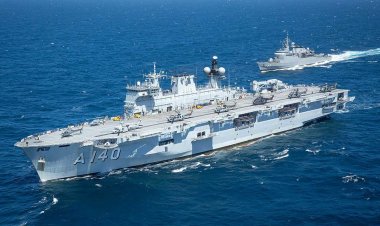 BAE Systems has signed a five-year contract to support its ARTISAN Radar on the... 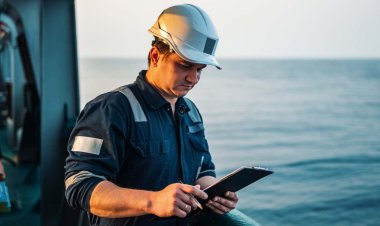 ILO, IMO call for urgent action on stranded seafarers in...

An estimated 1,000 seafarers are currently stranded in Ukrainian ports and waters...