A new 'Panda' design is conceived at Jiangnan as the shipyard and BV cooperate on an enhanced and revolutionary design for 93,000 CBM VLGCS. 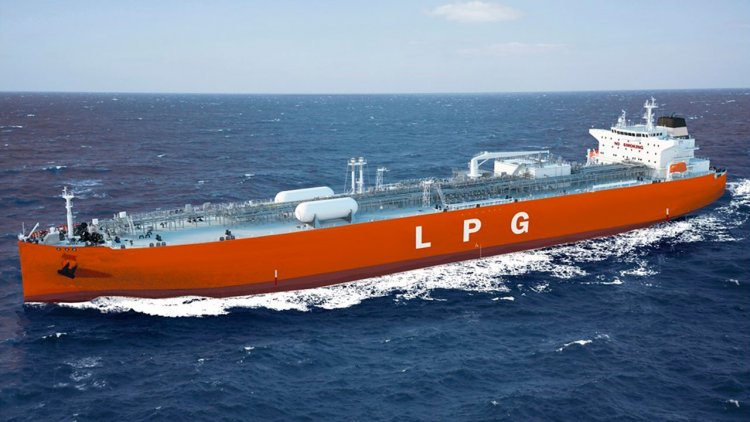 Sinogas, the Singapore-based gas shipowner has placed a firm order for two of the 93,000 cubic-metre (cbm) VLGCs, with options for three more vessels. On delivery, these ships will be the largest VLGCs in the world and they will be powered by liquefied petroleum gas. The delivery of these gas carriers, principally dedicated to the carriage of LPG, is scheduled for the first half of 2023 and will mark a further technological leap for Jiangnan in its development of new gas carrier concepts in long-term collaboration with Bureau Veritas.

Jiangnan Shipyard has now completed a significant number of projects in cooperation with BV during the last two decades – and most notably for gas carriers. The Sinogas order is a significant milestone for both shipyard and class society on the journey to a decarbonized industry. Once in operation, the new design will reduce CO2 emissions by approximately 32% less in comparison with the previous generation of 84,000 cbm VLGCs powered by low-sulfur fuel oil. This dramatic reduction reflects the highly optimized design and economies of scale, as well as the use of LPG as fuel.

A scheduled review of IMO policy measures could result in more stringent emissions targets, says Jiangnan Shipyard's Hu Keyi, Chief of Corporate Technology. He believes gas as fuel will be a reliable pathway to bridge the emission gap:

"Furthermore, Jiangnan aims to be on the cutting-edge of technological development in this field by pushing for "initiative green" solutions, as opposed to "passive green" based on existing technology."

Hu further explained that the "Panda 93P" builds on Jiangnan's tradition of "Innovation with Confidence" in the design of gas carriers at the Jiangnan Institute of Technology (JIT), supported by engineering and design expertise from classification societies, like Bureau Veritas.

This achievement has been realized by the Jiangnan team's use of computational fluid dynamics (CFD) for hull line optimization. Jiangnan also adopted smart shipbuilding techniques with the use of digital technology, 3D digital mock-ups, 3D model submission and production planning, erection simulation and lifecycle management.

Rem Offshore and VARD signed contracts for the design and...