GAZ-SYSTEM and Energinet, partners in the Baltic Pipe project, have completed a key stage of installation work on the offshore pipeline. 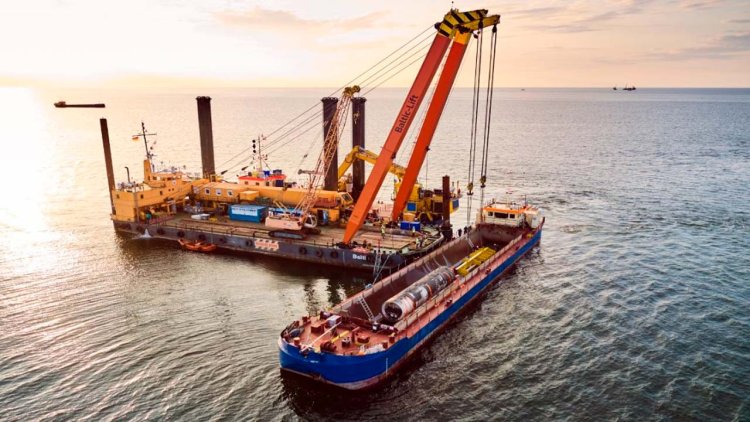 In July this year, the last welds connecting this gas pipeline to the Danish transmission network in Faxe, Denmark, and to the Polish transmission system in Pogorzelica were made.

Today we can say that the Baltic Pipe offshore gas pipeline is technically a part of the national transmission system. With this investment, we have integrated the gas networks of Poland and Denmark, creating a new natural gas supply corridor to the Central and Eastern European region. We still have some start-up and gasification works ahead of us, followed by the launch of transmission on the planned date i.e. on 1 October 2022 - said Tomasz Stępień, President of GAZ-SYSTEM.

On the Danish side, the tie-in operation, which was carried out by Energinet, involved welding an approximately 120-meter-long section connecting the onshore pipeline to the offshore pipeline in a previously prepared open trench. On the Polish side, the operation was carried out by GAZ-SYSTEM, conducting analogous activities involving the welding of a slightly shorter, i.e. 90-meter-long connector.

Guaranteed welds, the so-called "golden welds " made at both ends of the offshore pipeline on opposite sides of the Baltic Sea, resulted in the physical connection of this pipeline with the national transmission network of Poland and also the transmission infrastructure of the Kingdom of Denmark, providing the possibility of gas transmission between the two countries.

Once this work is completed, restoration activities will begin at both construction sites, as well as commissioning work for the entire Baltic Pipe offshore gas pipeline system. All activities are implemented according to the schedule.

The Baltic Pipe project is one of the largest infrastructure investments in Poland. The European Commission has granted the investment the "Project of Common Interest" status. The project has received financial support from the European Union under the Connecting Europe Facility (CEF).