BAE Systems has signed a five-year contract to support its ARTISAN Radar on the Brazilian Navy’s flagship, the multipurpose aircraft carrier NAM Atlântico. 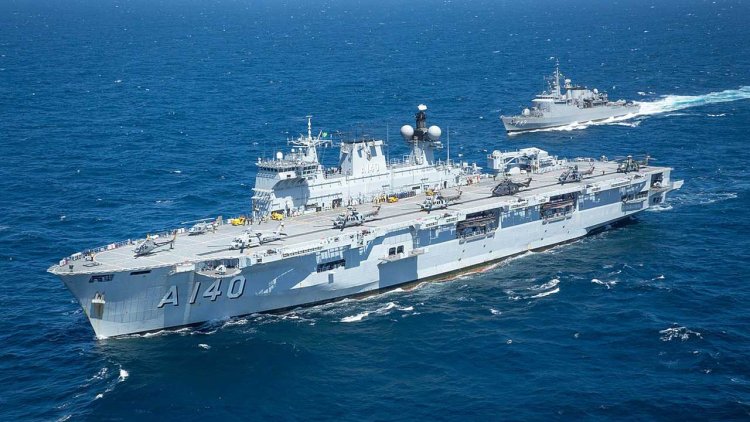 The new contract will provide through-life support for both the BAE Systems ARTISAN Radar and associated DNA2 Combat Management System (CMS) fitted to the NAM Atlântico, delivering class-leading operational availability to the flagship.

The ARTISAN Radar aspect of the contract will deliver corrective and preventative maintenance including the provision of spare parts, which will be manufactured by BAE Systems in the UK and held in Brazil. It will also provide a help-desk facility, which will be operated remotely from the UK to assist the team in Brazil.

"The signing of this contract represents a relevant step towards ensuring full availability of the combat system and ARTISAN radar on board NAM ATLÂNTICO.

“It is an important commitment assumed by BAE Systems with the Brazilian Navy not only in the maintenance of the operational capability of our flagship, but also in the transfer of knowledge to our personnel.”

“We’re delighted to have signed this support service contract with the Brazilian Navy. Our teams of engineers are looking forward to working with and providing support for the ARTISAN Radar and DNA2 Combat Management System to enable NAM Atlântico to continue its vital role as flagship.”

BAE Systems provides in-service support for ARTISAN radar which is currently in service with the Royal Navy on board the Queen Elizabeth Class aircraft carriers and Type 23 frigates and selected for the Royal Navy’s Type 26 Global Combat Ship.

Brazil became an operator of the radar with the purchase of LPH HMS Ocean from the United Kingdom in 2018. The DNA2 element of the contract will also deliver a planned modernisation package of the ship’s CMS in order to address obsolescence.

JFD Australia will continue to supply its submarine rescue...